The Federal Competition and Consumer Protection Commission (FCCPC) has shut down two Chinese restaurants located in Lagos, for refusing to serve Nigerians.

Recall NAIJALOADED reported earlier that a Nigerian lady who went to the restaurant to eat with her friend, said they were asked to leave after a waitress disclosed they were ordered not to serve Nigerians.

Serving an update on the complaint, the FCCPC revealed that the facility was shut down after its (restaurant) staff admitted the existence of “non-service to Nigerians”.

The commission further revealed that the restaurant ‘Haufei Restaurant’ will be undergoing regulatory action after some FCCPC operatives were subjected to same experience. 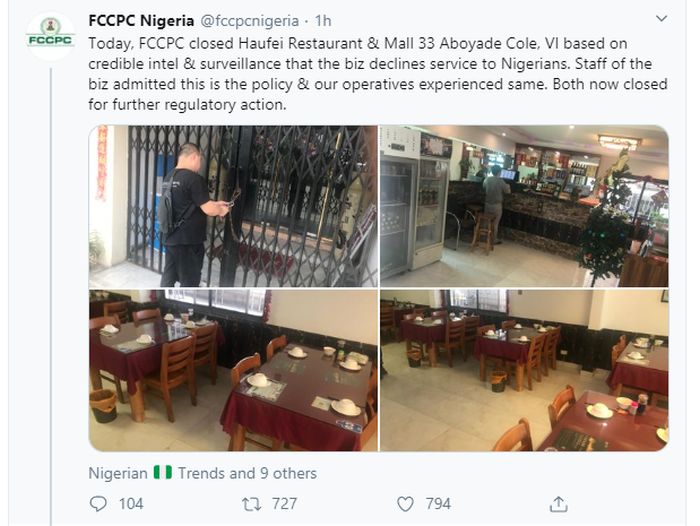 MUST READ:  Bauchi Governor Mandates Use Of Chloroquine To Treat COVID-19

Staff of the biz admitted this is the policy & our operatives experienced same. Both now closed for further regulatory action.

When asked why a Chinese man is locking up the facility, FCCPC boss Babatunde Iruekera disclosed that the man in the photo is the manager of the restaurant. 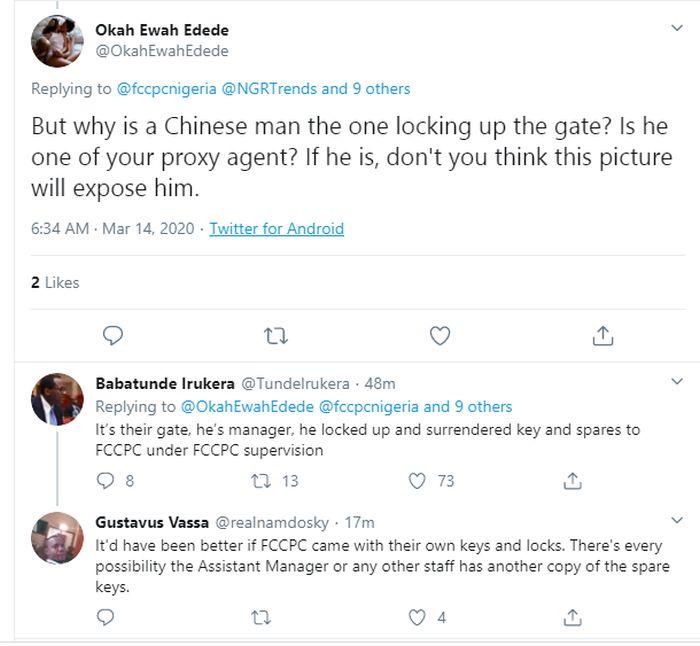 He further revealed that the Chinese man was supervised while locking up the restaurant after which he surrendered the key. 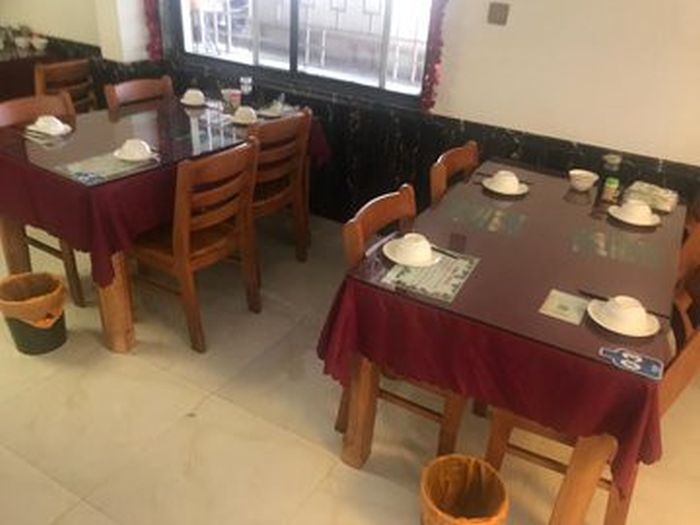 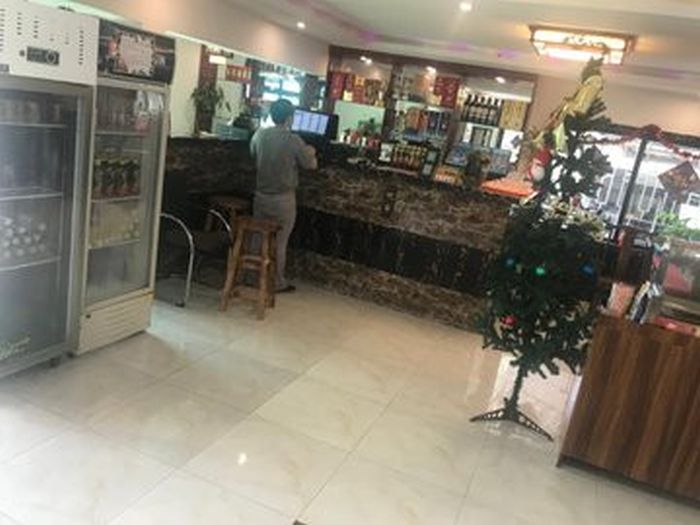 Parents Protest, As Lagos School Asks WASSCE Candidates To Do This

BBNaija: Erica Is A Lowbudget Nengi Leading Kiddwaya On – Lucy

I Am Not Married, Its A Movie – Angela Okorie Breaks Silence (Screenshot)

Viral ‘Pastor 600 Years’ Has Been Gifted A House (Photo)