Zlatan and Burna boy found themselves in another ditch of hot water as he was seen mumbling words to Rema’s new single, ‘Beamer.’

Nigerian Twitter has since gone into overdrive as people, who still have not forgiven Zlatan and Naira Marley for their statements on coronavirus have come out swinging.

In a viral video, Zlatan, Burna Boy and their friends were seen vibing to Rema’s single of his ‘Beamer’ (Bad Boys).

Some individuals think the group is mocking Mavin record’s Rema while another school of thought think the boys are just out there having fun.

Zlatan mumbled the words, Burna Boy who was also in he shot said, “I swear, and na wetin dem dey talk be that…”

MUST READ:  NYSC Camps May Be Reopened In Next Phase Of Eased COVID-19 Lockdown

Check some the comments below 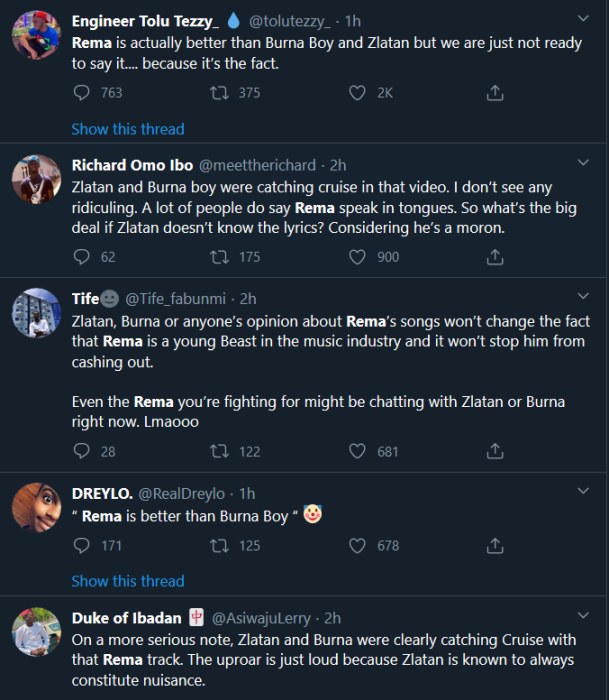 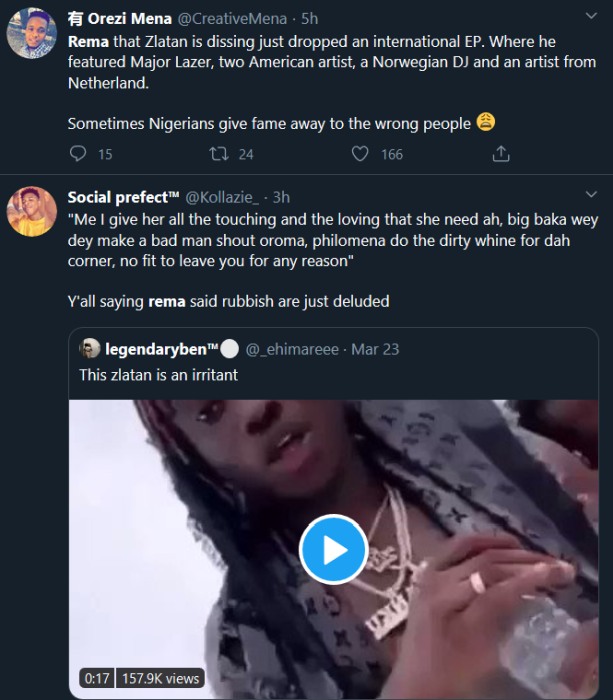 Tell Us Your Views About The Video

I Am Not Married, Its A Movie – Angela Okorie Breaks Silence (Screenshot)

Viral ‘Pastor 600 Years’ Has Been Gifted A House (Photo)

Highest Goalscorers In The Champions League & Europa League So Far

Israeli $1.5M Gold & Diamond Face Mask Is The Most Expensive In The World