Here is the Daughter of Sheikh Zakzaky, head of the Iranian-backed Islamic Movement of Nigeria, pictured in Iran next to the daughter of the late Qassim Soleimani, former head of IRGC Quds Force

The reach of the Islamic Revolution stretches way beyond the Middle East.

MUST READ:  REAL FACT!! Solskjaer Reveals Why Man United Will Continue To Suffer (See His Comment)

Both were attending an annual “global resistance front” conference in Qom, which included speeches by senior IRGC commanders.

The motto of this conference: 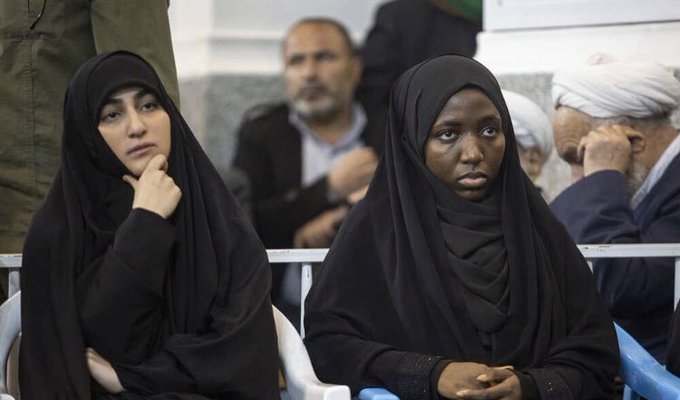 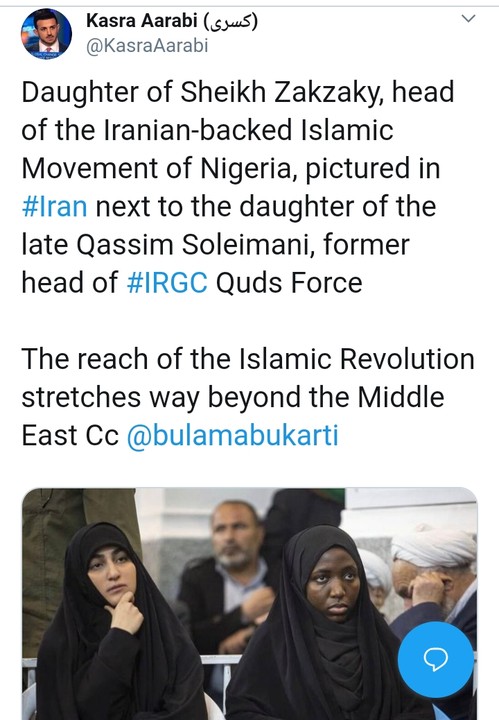 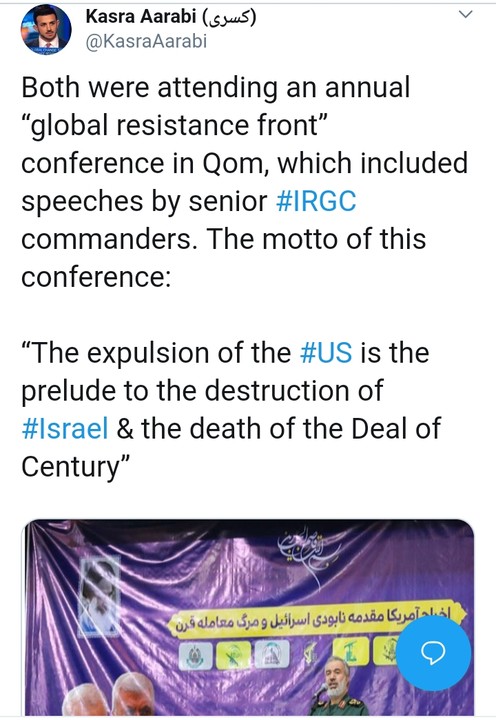 MUST READ:  Police Inspector Strangled To Death After Going Out For A Drink In Owerri

Minister Of Humanitarian Affairs Gift 200 N-Power Slots To Each Senator, 150 For House Of Reps Members As Ordinary Nigerians Are Shut Out Of Scheme

See What Pulisic Said After Been Compared To Hazard

True Or False? “Fernandes Has Freed Pogba From Burden Of Expectation”

Its a Joy To Watch Arsenal’s Saka – Redknapp