Gifty Powers has shared a post warning mothers that it is “spiritually disastrous” to touch or carry their child/children after having sex with a man who is not the biological father.

The former Big Brother Naija reality star who is also a mother of one, said mothers should ”wash their bodies well” first, before touching their children following sex with an ”outsider.”

MUST READ:  BBNaija: “Why I Want My Children To Attend School In America” – Laycon Tells Tolanibaj

She said failure to do so will make the child/children touched, suffer consequences in the future. “Failure to do so, spiritually, it means you’re transferring whatever you did with that man unto your son/daughter.

It’s more like you’re planting a seed in your child spiritually,” the post she shared reads in part. 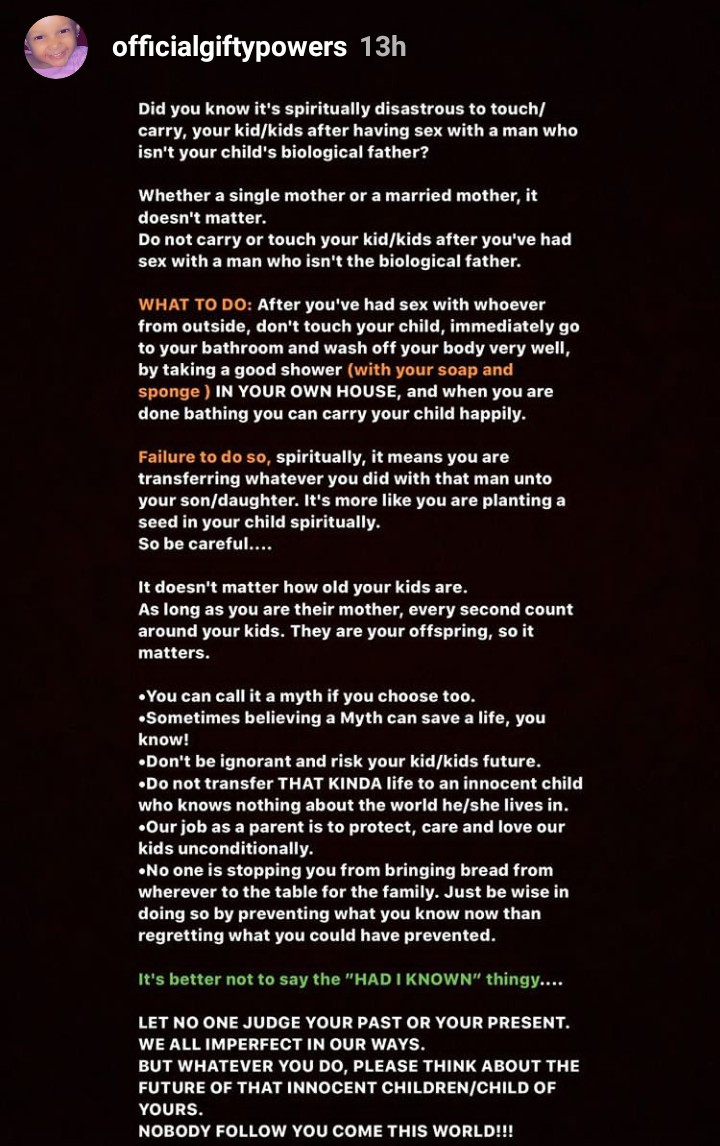