Singer, Davido has revealed attempts by social media hackers to compromise his twitter account via the same micro blogging platform.

Davido who has over 6.2 million followers on his twitter account clearly knows the implication of losing the social profile that has been very useful for him over time.

The singer who uses the medium for promoting his songs and brands was furious after detecting the intrusive attempts and he quickly raised alarm about the unauthorised attempts to take over his account via a tweet in the early hours of Sunday, 22nd of February. 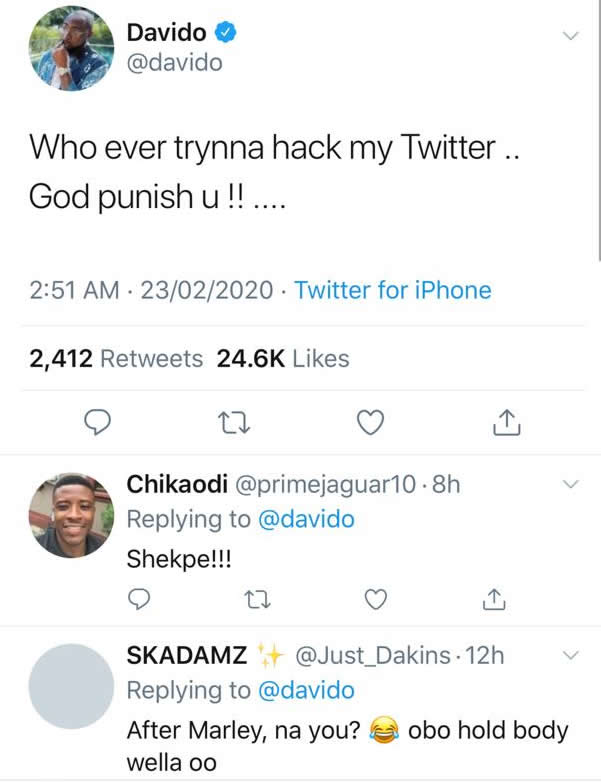 34 thoughts on “DMW Boss, Davido Rain Curses On Hackers Trying To Take Over His ‘Account’”

BBNaija: “I Attacked Nengi Because Of Ozo” – Lucy Tells Dora

We Will Continue To Pursue Peace, Even In Face Of Provocation – Obaseki