The Police in Enugu on Wednesday morning took over the premises of the Enugu Disease Isolation centre, Colliery hospital, preventing entry and exit of persons including staff of the facility.

The development might not be unconnected with the death of a 70-year-old woman suspected to have acquired Coronavirus and isolated at the centre. She, however, died a day after the result of tests conducted on her proved negative.

The daughter of the woman had taken to the social media attributing her death to negligence and obscure facilities at the centre and called on Governor Ifeanyi Ugwuanyi to intervene.

The Guardian which visited the centre Wednesday morning discovered that a police Hilux van manned by four armed policemen had as 7.30 am blocked the only entrance of the facility.

Workers and visitors, including those whose relatives are being treated at the facility, were stopped from going into it over what one of the police officers attributed to “instruction from Dr Ifeanyi”. 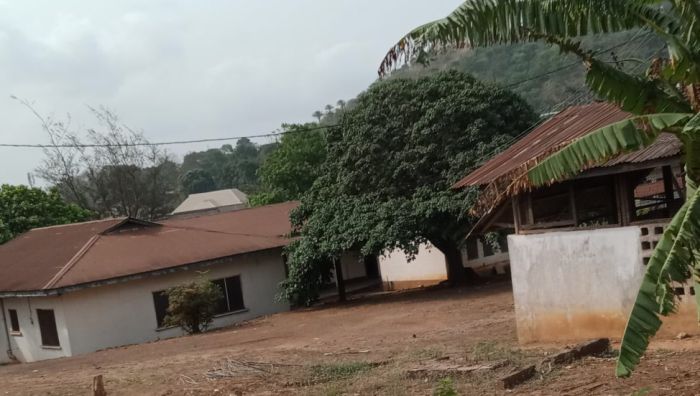 The officer, who told the Guardian that they were on their way to their duty post at Enugu – Makurdi highway when they were called to the place, said they would remain there “until further notice”.

MUST READ:  MY GOD! 3 Persons Killed Of Coronavirus In Ghana

A controversy had erupted as one of the daughters of the suspected coronavirus patient, who died at the weekend, attributed her death to alleged neglect, inhuman environment and treatment meted to her by the staff of the Enugu State University of Science and Technology Teaching Hospital ESUTH Parklane)

The woman died a day after the result of the tests conducted with her blood samples at the Irrua Specialist hospital in Benin, Edo state was made public, clearing her of the deadly disease.

Banana Island House: False Stories About Me Have To Stop – Toke Makinwa