Lagos state police command has issued a strong warning to singer Naira Marley and arrested Nollywood actress Funke Akindele’s husband, JJC Skillz to come out from wherever they are hiding over their roles in the controversial birthday party that took place on Saturday.

MUST READ:  “I Challenge Any Health Institution To Bring Any Case Of Coronavirus To Me” – Professor Joseph Akpa

Police say if they fail to show up, they’ll go ahead and declare them wanted.

Read the statement below:- 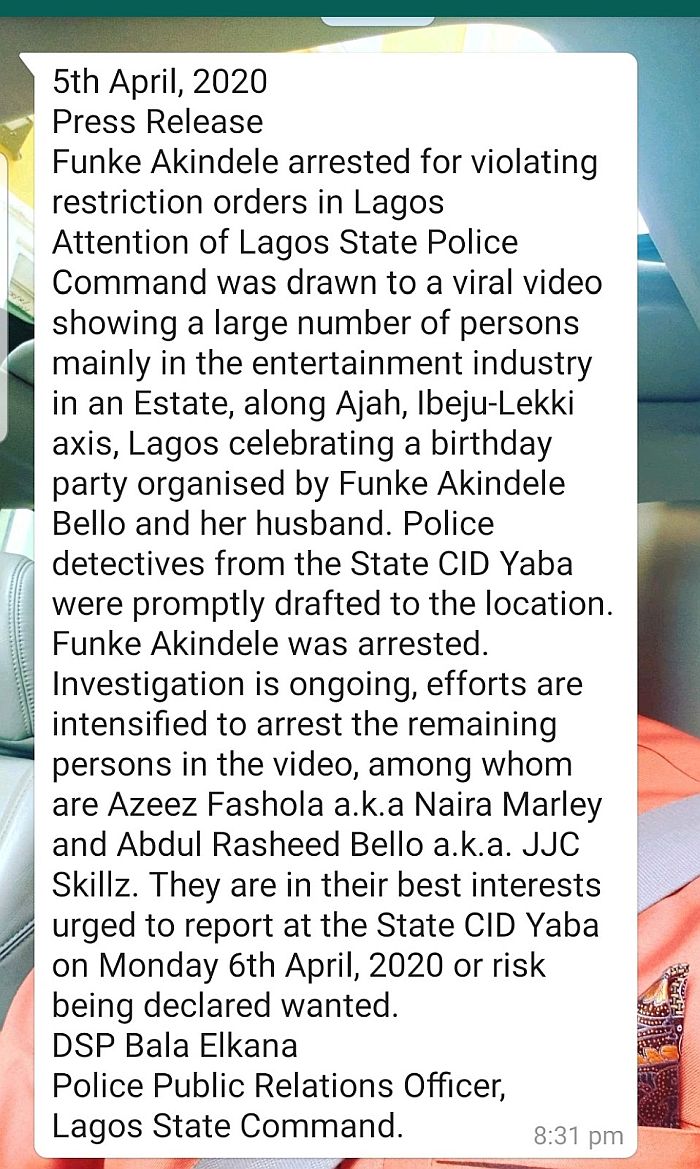 MUST READ:  COVID-19: FG Makes Clarifications On Reopening Of Schools

EDO 2020: Ize-iyamu Reacts To His Endorsement By President Buhari