Investigative journalist, Kemi Olunloyo in a reaction to Davido’s post about having another baby with Chioma has claimed the artiste is unable to marry Chioma because of a previous marriage to one Hermadine.

Kemi while responding to a Davido fan wrote that Hermadine who is a Togolese has refused to divorce Davido making it impossible for him to marry Chioma.

While there are no facts to support this allegations, we will find out in the shortest possible time as the celeb couple have done their introduction and are set to marry this year 2020. 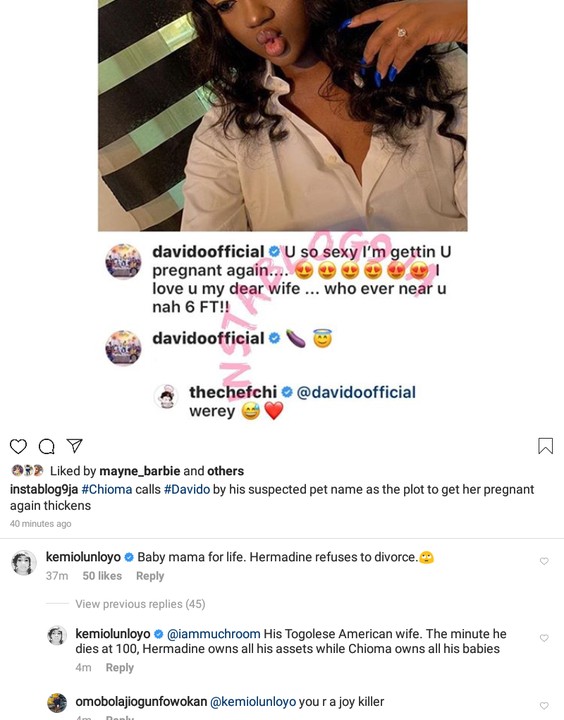