A new video shows medical workers in Wuhan, China, taking off their protective face masks and smiling as the outbreak of the novel coronavirus slows in the city.

The video was posted to Twitter by The Telegraph shows a number of medical workers standing on steps, taking off their masks, smiling and waving. The novel coronavirus originated in Wuhan, but the city has seen a decrease in cases over the past few days.

This video comes just days after the Chinese news agency, Xinhua, reported that the last two of the 16 temporary hospitals in Wuhan shut down due to a decrease in cases. “The final batch of 49 patients walked out of the Wuchang temporary hospital at 3:30 p.m. Tuesday,” the news agency wrote.

According to a March 12 report by the World Health Organization (WHO), the Hubei province, where Wuhan is located, has seen only eight new cases in the past 24 hours, compared to a March 1 report which showed 570 confirmed cases in just one day.

According to Xinhua, the temporary hospitals helped at least 13,000 patients recover from the coronavirus. In the Hubei province, over 51,553 of the 67,786 reported cases have recovered from the virus, according to data provided by Johns Hopkins. In the province, 3,062 people have died.

Following the closing of the temporary hospitals, a number of other videos were posted to Twitter, showing medical workers in the region celebrating the decline in cases.

People’s Daily, a newspaper in China, posted a video of the patients thanking the medical workers as they were able to leave the hospitals after recovering from the virus.

“Time to say goodbye! All #COVID-19 patients in the Hubei Provincial Hospitals of Integrated Chinese and Western Medicine have left the hospital and the wards closed after 45 days of care by the Guangdong medics sent to support #Wuhan,” the newspaper wrote on Twitter.

“Medical teams from other provinces bid farewell to the makeshift hospital in #Wuhan where they have worked for over a months,” a reporter from Xinhau, Xu Zeyu wrote on his Twitter.

“A nurse of ethnic minority from island province Hainan rejoices and dances as a makeshift hospital in #Wuhan closes. All patients in this hospital are discharged today,” Zeyu posted with another video.

“China has passed peak of #COVID-19. All temporary hospitals in #Wuhan closed, life is back on track. Salute to these brave people. Now we’re reciprocally sending medical experts, materials & sharing experience to others since you helped us a lot when we suffered then. Thank you!” Twitter user Shin Shiwei wrote. 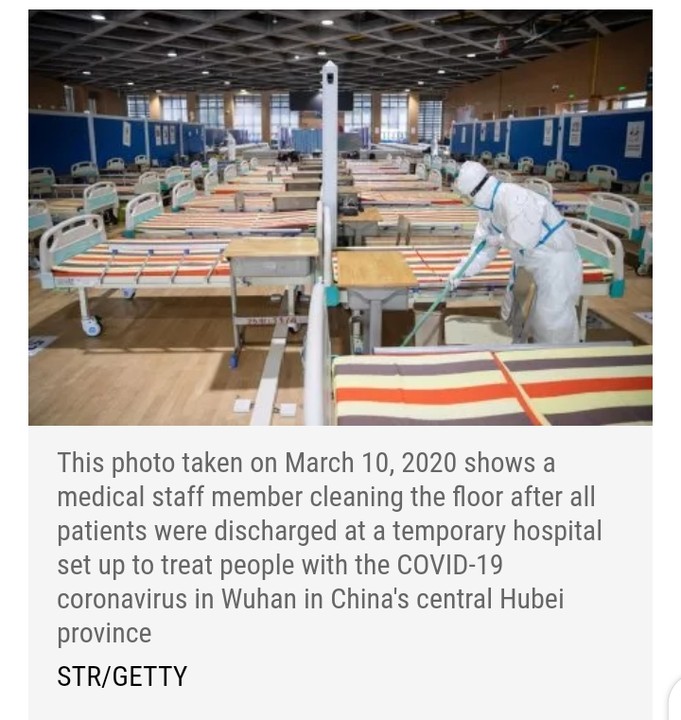