Nigeria has confirmed eight new cases of COVID-19. This brings the number of confirmed cases of the disease in the country to 232.

The Nigeria Centre for Disease Control said on Sunday evening that the new cases were reported from three states: Lagos, Federal Capital Territory (FCT) and Kaduna.

With the new cases, a total 18 cases were announced on Sunday by the agency.

NCDC in its breakdown said that five of the new eight cases were found in Lagos, two in FCT and one in Kaduna.

Also, the number of infected people who have recovered from the virus in the country increased from 27 to 33.

MUST READ:  Who Is The Most Sensible Nigerian Artiste You’ve Ever Known?

The deaths from the disease have also increased to five. 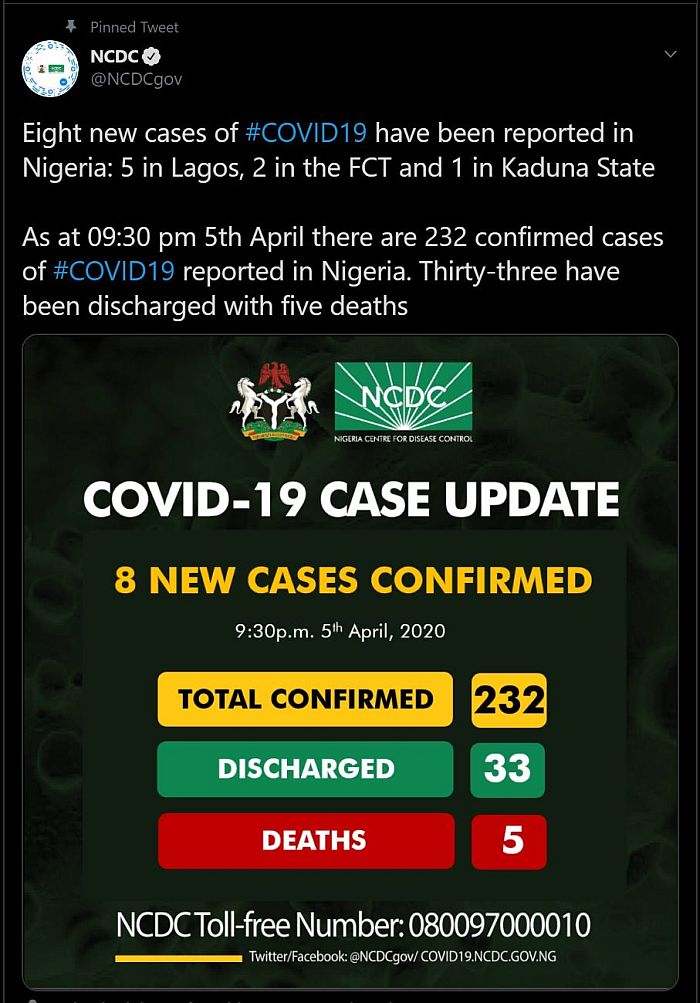 SHOCKING!! While You All Are Indoor, They Are Truly Laying The 5G Cables In Lagos (Watch Video)