An Indian contractor who showed symptoms of coronavirus (COVID-19) has tested negative, according to the Lagos State Commissioner for Health, Prof Akin Abayomi.

The patient had recently arrived the country from India, via Egypt where there are at least 150 confirmed cases of the virus which is sweeping across the world.

He had been picked up by health workers after he was reported to have been coughing and running a high temperature.

In a brief tweet on Tuesday, March 17, 2020, Abayomi announced that the Indian tested negative after he was admitted.

“He is doing perfectly well in our isolation unit. His case will be reviewed in the morning,” 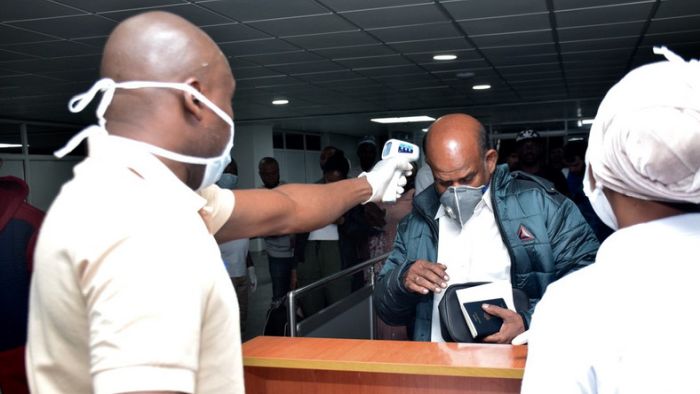 The Indian national is a staff of Onshore Construction Company, a mechanical, electrical and instrumentation contracting firm that specializes in fertilizer construction, according to a statement by Dangote Industries Limited.

Nigeria currently has two confirmed cases of coronavirus which has been declared a pandemic by the World Health Organisation (WHO). Another person that previously tested positive last week later tested negative and was discharged days later.

MUST READ:  Why Obaseki Is Against Edo Assembly – Sen. Bamidele

The two positive cases are of people who imported the virus – an Italian who arrived from Italy, and, more recently, a Nigerian woman from the United Kingdom.

This has led to increased pressure on the Nigerian government to place travel restrictions on travellers from the hardest-hit countries, especially from Europe and the United States.

African neighbours like South Africa, Uganda, Ghana, Kenya, Morocco, Gabon, Burundi, and many others have all imposed travel restrictions.

However, the Nigerian government has shown reluctance to toe the same path, while the nation worries about an outbreak that might be difficult to contain.

[Music] Alpha B – Handle Your Matter