Former Kennis Music star, Jaywon has called out producer Masterkraft after he called him a boy on IG Live Hits battle with Pheelz.

As seen in a series of Tweets, Jaywon seems to be angered because Masterkraft claimed he was the reason Jaywon got signed with Kennies music.

MUST READ:  Chelsea Star Willian Says He Is Afraid Of Coronavirus Even If Football Returns Without Fans

According to “Aje” crooner, Jaywon, that statement is too big for Masterkraft’s mouth and everybody knows that the performance he put up at Kennis Music Easter Fiesta at Kuramo beach many years ago earned him the deal. 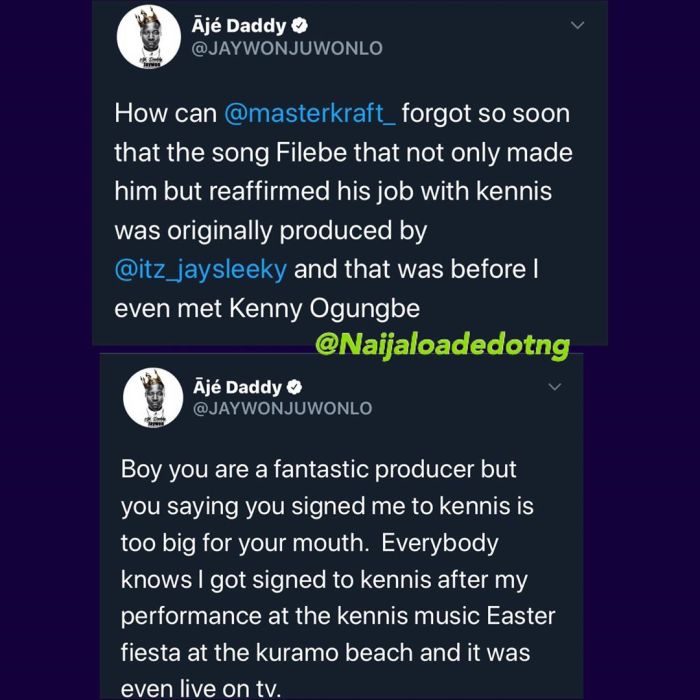 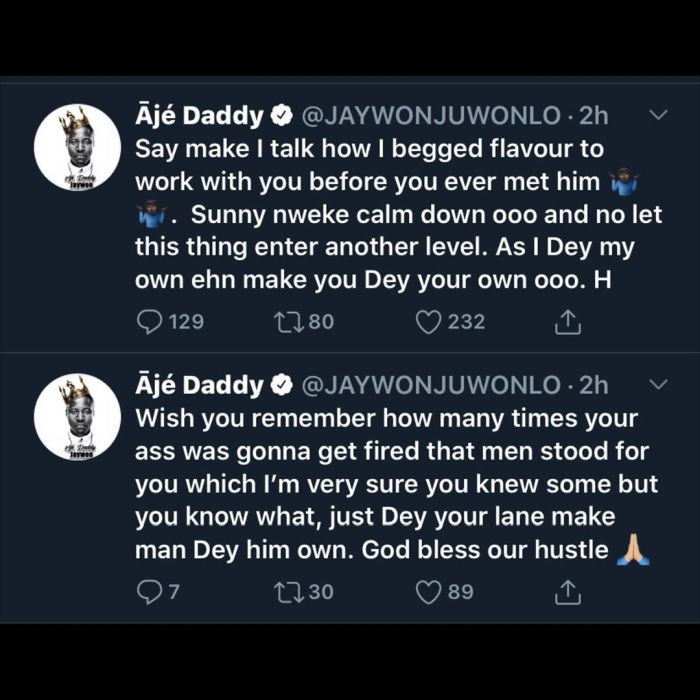 4 thoughts on “BEEF ALERT!! Jaywon Blasts Masterkraft For Belittling Him On IG Live (SEE WHAT HAPPENED)”