Big brother naija reality TV star, Thelma Ibemere has taken to her Instagram page to cry out after he gateman allegedly absconded with her money.

According to Thelma who didn’t give much detail about the incident, the gateman accessed her room with a spare key when she went to the fellow reality star, Diane’s birthday.

MUST READ:  “Nobody Can Stop A Woman Touched By God” – Mercy Brags

Thelma alleged that she has done a lot of good things for the gateman and that she doesn’t deserve such “repayment” from him.

Thelma also shared screenshots of the message he sent her saying he is gone for good.

“This life shaa…no matter how nice you try to be to people, they’ll always get back at you. This is stealing!” Thelma wrote as she shared the story… 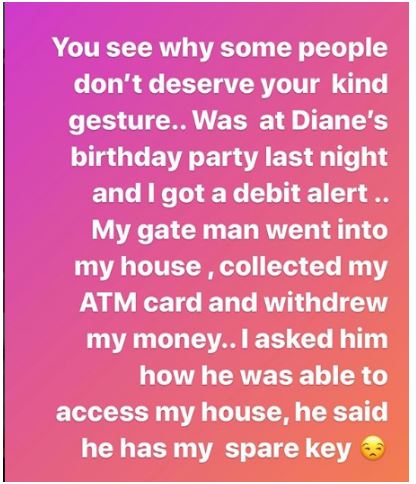 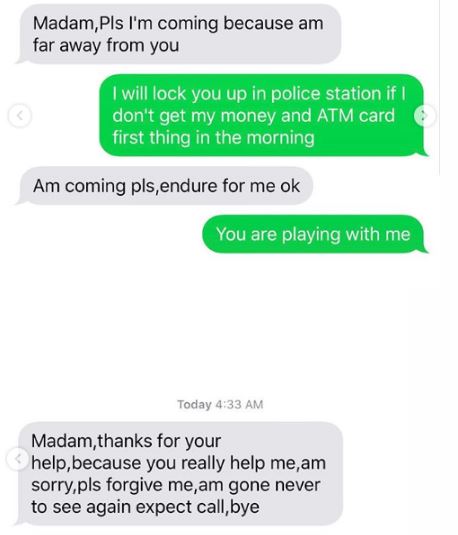 ‘I Stole To Fund My Wedding’ – Arrested Suspect In Bauchi