Congratulatory messages has been falling in place for the Adenibuyan’s since Teddy A announced the birth of his child with Bambam on twitter.

In his tweet, the 31 year old disclosed the name of his baby girl as ” Zendaya Folakemi Adenibuyan! “ 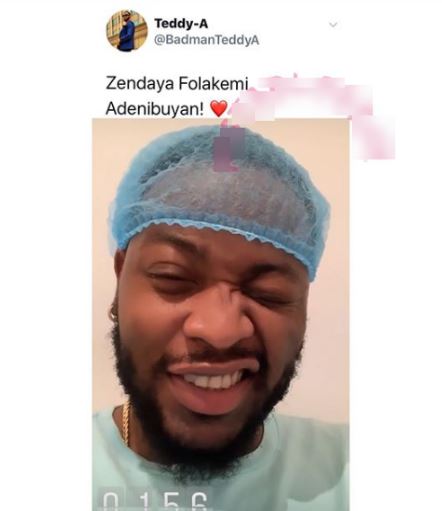 Bamike and Teddy A had a very expressive relationship on BBNaija Tv reality show and we are glad they are now parents despite all odds.

We all @ Naijaloaded HQ Congratulate the Adebuniyan’s family