I received the verdict of the Supreme Court, declaring the candidate of the @OfficialPDPNig in the Bayelsa state gubernatorial elections, Senator Douye Diri, as the duly elected Governor of the state, with gladness. 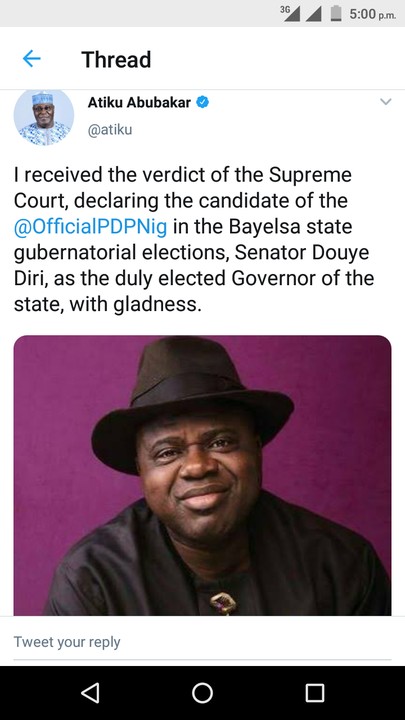 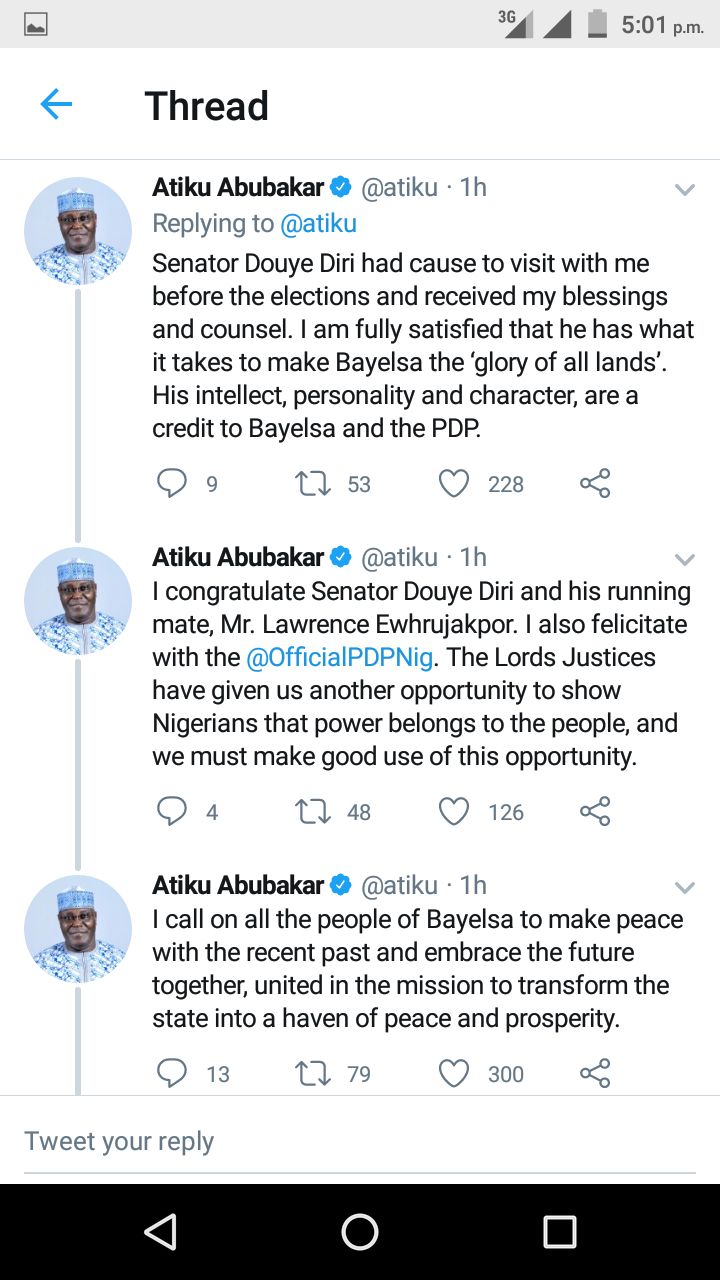 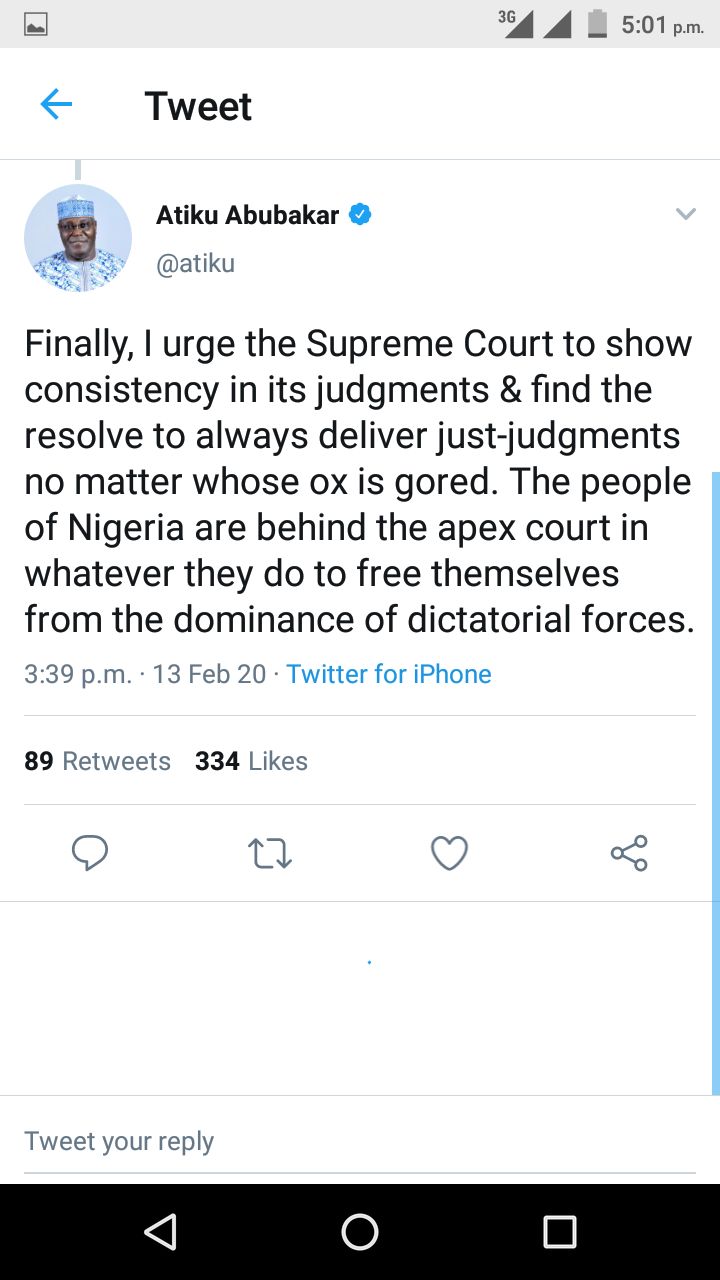 MUST READ:  Ycee Takes Steps To Prevent Himself From Coronavirus (Photo)