Just when the world is yet to get over the the dreaded Coronavirus, China have come out with yet another deadly virus, Hantavirus

A man from China’s Yunnan province tested positive for Hantavirus on Monday.

He died while on his way back to Shandong Province for work on a chartered bus, China’s Global Times reported. 32 other people have been tested, the report added.

Following his death, hantavirus became a trend on social media, with people panicking that it was another COVID-19 ready to cause a new pandemic.

However, contrary to popular belief and WhatsApp university schooling us about it, let’s get a reality check about hantavirus. 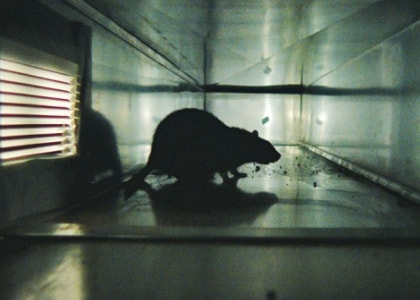 Firstly, unlike coronavirus, hantavirus is not airborne. Humans who contract the hantavirus usually come into contact with rodents that carry the virus.

“Rodent infestation in and around the home remains the primary risk for hantavirus exposure.

Even healthy individuals are at risk for HPS infection if exposed to the virus,”

Centre for Disease Control and Prevention said in its website.

Among the early symptoms of the virus include fever, headache, muscle ache, abdominal pain, dizziness, chills and abdominal problems, such as vomiting, diarrhoea.

Late symptoms include lungs fill with fluid and shortness of breath.

However, Unlike the corona virus, Hantavirus is not transmittable from human to human.

The post ANOTHER VIRUS!! Man Dies As 32 Others Get Infected With New Hantavirus In China (READ DETAILS) appeared first on Naijaloaded | Nigeria's Most Visited Music & Entertainment Website.

11 thoughts on “ANOTHER VIRUS!! Man Dies As 32 Others Get Infected With New Hantavirus In China (READ DETAILS)”