Amidst the ongoing senator Elisha Abbo and Actor’s Guild of Nigeria social media protests, Emeka Rollas has announced Prince Ned Nwoko as the guild’s chairman board of national patrons.

The guild’s president made the announcement via Instagram on Wednesday, March 18,2020. He wrote:

“Rt Hon Prince Ned Nwoko a man with a lion heart. Husband to one of our own Princess Regina Daniels Nwoko. It was my pleasure decorating you with all the instruments of your appointment as Chairman Board of National Patrons of Actors Guild of Nigeria AGN. You have promised to join hands with other patrons to massively support the AGN projects”. 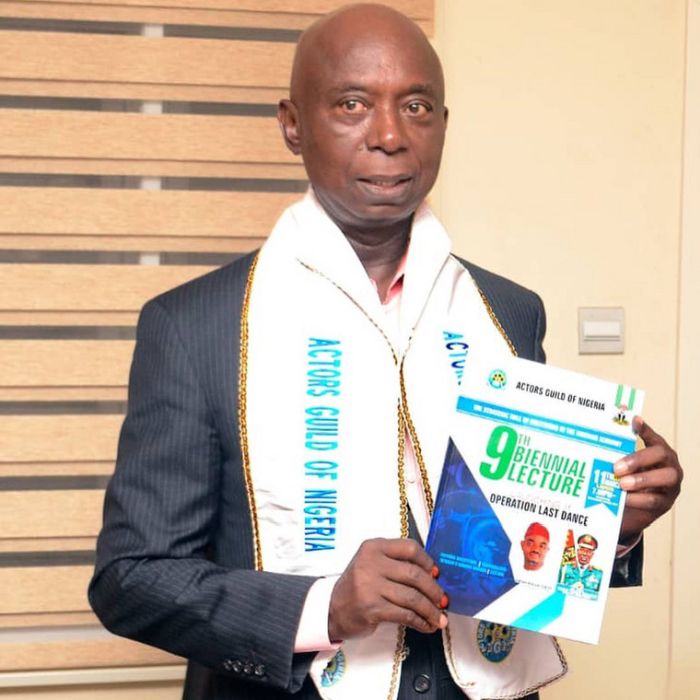 Rollas was recently called out for the appointment of alleged woman beater senator, Elisha Abbo as a patron representing the North-East chapter of the guild and in his controversial interview, the president of the guild clarified that the conferment of patronship on any individual was based on the individual’s contribution to the development of the guild’s members

According to various reports, the popular Abuja-based business man has been totally invested in the industry’s growth. Prince Ned Nwoko is married to Nollywood star actress, Regina Daniels.

The post Amidst Elisha Abbo’s Appointment, Regina Daniel’s Husband Gets Appointed As Chairman Board Of National Patrons Of AGN appeared first on Naijaloaded | Nigeria's Most Visited Music & Entertainment Website.

MUST READ:  Best Striker On The Planet Haaland Speaks On Joining Real Madrid

15 thoughts on “Amidst Elisha Abbo’s Appointment, Regina Daniel’s Husband Gets Appointed As Chairman Board Of National Patrons Of AGN”

THIS IS GOOD! German Club Players To Boycott Salary Amid Coronavirus Outbreak

VIDEO: Lil Kesh – All The Way