Nollywood actress and model Ronke Tiamiyu is on the news again after been accused by a troll of doing some shady business in Dubai.

The actress was trending early this year, January after she was seen getting down on herself in a leaked snapchat video

MUST READ:  JUST IN: Jet Crashes Into Fence At Lagos Airport 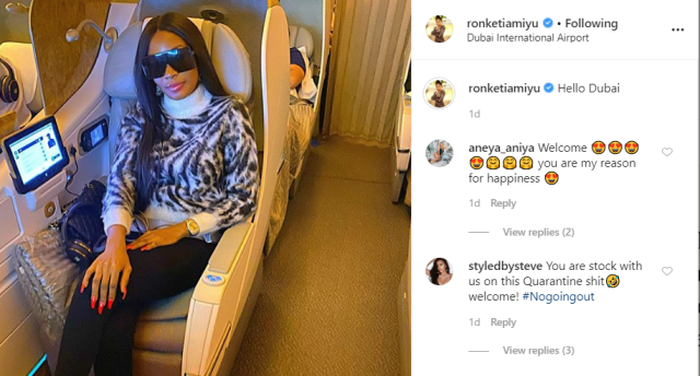 In latest gist, Ronke Tiamiyu was accused of going to Dubai to eat shit after she posted a photo on her Instagram page with the caption “Hello Dubai”.

Ronke sent the troll straight home with the reply; “abi naw, after your mother leaves it’s my turn, idiat!”.

See a screenshot of exchange below:- 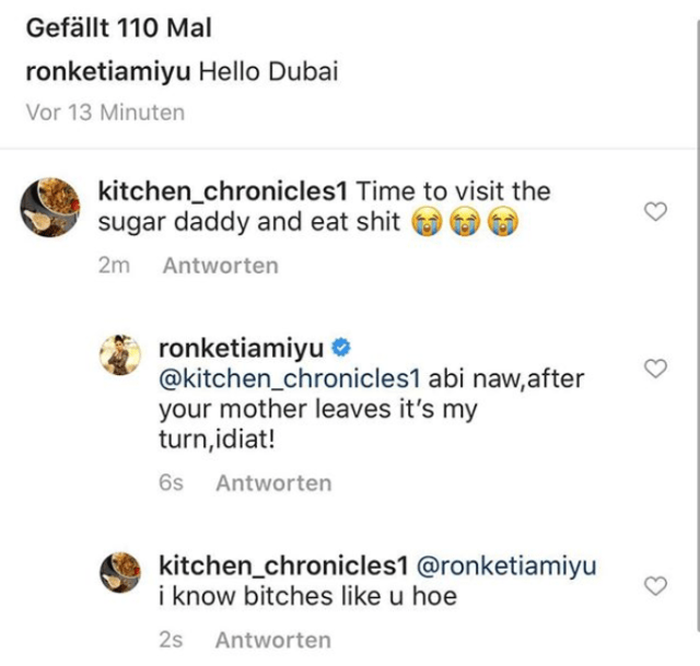 The post “After Your Mother Leaves, I’m Next” – Ronke Tiamiyu Replies Troll Who Accused Her Of Going To Dubai To Eat Shit appeared first on Naijaloaded | Nigeria's Most Visited Music & Entertainment Website.

Tottenham have announced plans for 2,000 fans to attend the north London derby against Arsenal on 6 December. Spurs are one of 10 Premier League...