Actress Nkechi Blessing has laid a curse on those who were not pleased at the news that she bought a new car for herself.

The actress who had her birthday on Valentine’s Day took to social media with a picture of a black Toyota Venza which she bought as gift for herself.

The ride is an addition to a white Toyota Venza she bought two years ago.

However, not everyone on social media celebrated the new acquirement with her. 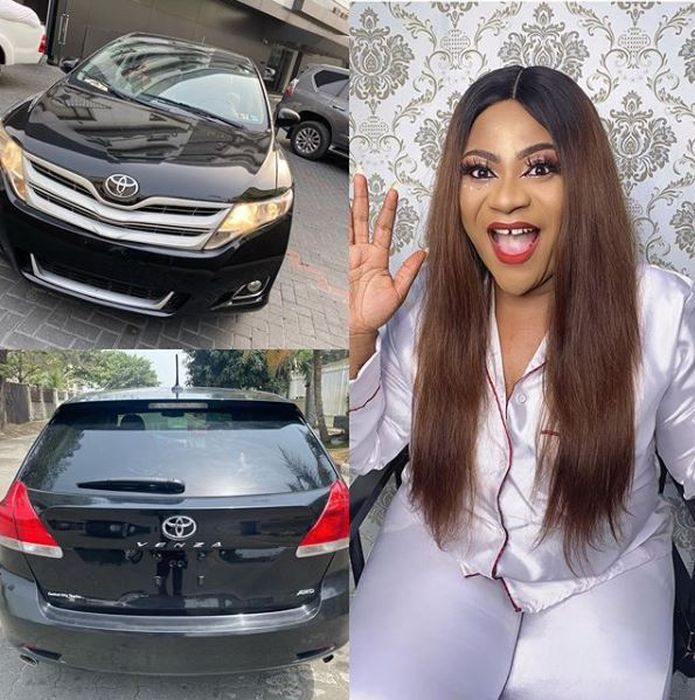 While some congratulated her, some were skeptical about the source of wealth or whether it’s just a publicity stunt.

This didn’t sit well with Nkechi Blessing who wrote:-

“Without my Gist in their mouth they gat toothache Fam..Me I am Just doing me if you Have a problem with me,Kindly Hit your head on the wall I was told they will gather when I start releasing it one by one,I swear I won’t keep the next news to myself,You must cry as you no like Good things,Good thing will RUN far from you in Jesus name”.

The post Actress Nkechi Blessing Curses Those Who Are Not Pleased At The New Car She Bought As Birthday Gift (See Full Gist) appeared first on Naijaloaded | Nigeria's Most Visited Music & Entertainment Website.

Do You Agree?? “Hushpuppi Is An Angel Compared To Buhari” – Reno Omokri (Video)

Evil Woman Drills Nail Into Head Of Her Teenage Housemaid

They Want To Blackmail Me With Aketi Whisky, Says Akeredolu